Home > Ask Our Experts > Should We Avoid an E-number Free Diet?

Should We Avoid an E-number Free Diet? 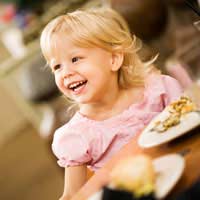 I have two questions:

1. Do you have a list of the E numbers that aren't bad?

2. What about raising agents, such as Calcium Phosphate. If I'm trying to feed my family an E-number free diet, is this something to avoid too?

Thanks for your questions. There are some E numbers that aren’t bad for you, are from more natural sources and serve very practical purposes as an ingredient in food products. For example, Spirulina, a form of algae, is often used in products now to create a wonderful shade of blue and prickly pear juice is used to create a natural shade of red.

Vitamin C, which is also known as ascorbic acid, often appears on labels as E300 and is a safe form of E number to consume. Likewise, other antioxidants called tocopherols, which are part of the vitamin E family, and are found in natural products such as nuts, sunflower seeds and soya, are prefixed with E numbers from E306 to E309.

There are lots more examples which you’ll find scattered through the E number classification system, plus some newer forms which haven’t yet been given an E number. Some of these ‘nicer’ E numbers are already mentioned in various parts of the site, such as here http://www.exploreenumbers.co.uk/rise-natural-colours.html, where we discuss the rise in natural colours or here http://www.exploreenumbers.co.uk/Antioxidants-and-Their-Role.html, where we discuss antioxidants and their role. However, you make a good point about the need for a list detailing the E numbers that aren’t bad and we’ll certainly consider producing a list of non-harmful E numbers to add to the content on the site.

The good news is that calcium phosphate hasn’t been associated with any major side effects and is believed to be safe to consume. Although some phosphates are found in animal bones, the type used in E341 doesn’t come from this source, so it’s also okay for vegetarians to consume too. If you particularly want your family to avoid all E numbers, then it’s fine to try and avoid this E number if you wish to. You’ll just have to remember to look out for either E341 or mentions of calcium phosphate in the ingredients lists of products.

Does E631 Use Extracted Pig's Fat or Sardine Oil?