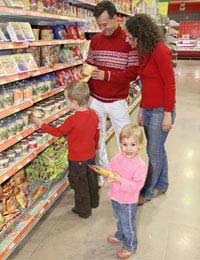 There are a wide range of colours used in products today making them look more appealing and tempting to consumers. Here we take a look at all the colours that make up the E number colour category.

The colours used in foods and drinks make up the E numbers from 100 to 199. This makes it a bit easier for you, as a consumer, to identify when an E number is a colour or not, as it will always be from E100-199. If it doesn’t begin with a 1, then it’s not a colour.

As more colours are added, you’ll find that some numbers have extra a, b, c, d, e or f prefixes to accommodate the new item. For example, E150 has extra options for E150a, E150b, E150c and E150d. Where these are added, they are usually colours from the same family as the original E number prefix and are related in form and use.

Colours can either come from natural sources, such as E100, which comes from turmeric, or E162, which comes from beetroot, or they can be artificial and manmade. Food colouring are used in a wide range of products – some of which may surprise you. Look out for them mentioned on the labels of products such as fizzy drinks, fruit squash, sweets, desserts, scotch eggs, haddock, jelly, jam, cakes, biscuits and packet soups.

Colours are one of the more controversial E number categories, as there has been some research suggesting some of the artificial colours are responsible for causing hyperactivity in children. Manufacturers have begun to make attempts to reduce their use of certain suspect colourings. However, it currently seems unlikely that the use of any food colourings at all will be eradicated completely.

The following offers a complete reference guide to all the colours commonly used in foods and drinks. If you’re keen to avoid buying products with E number colours in them, why not print out this list and take it shopping with you?