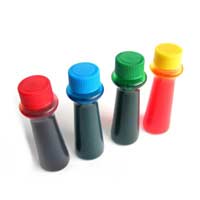 In April 2008, following a study of the findings of a research project by Southampton University into the possible effects of certain colour additives on children’s behaviour which was carried out in 2007, the Food Standards Agency (FSA) recommended that UK food manufacturers should be encouraged to voluntarily remove six colour additives from their manufacturing process by 2009.

Colour Additives Involved And The Reasons For Recommending Their Removal

The colour additives which the FSA would like to see removed from food and drink manufacture here in the UK are:

The reasons cited by the FSA for their request in asking companies to voluntarily remove these additives are that they are all synthetic dyes which do not exist naturally and whose only purpose is to give colour to certain types of food and drink but, other than that, they have no intrinsic value.

The research has also indicated that if parents cut out these artificial colours from their children’s diets, there may be some beneficial effects on the behaviour of children who are susceptible to hyperactivity. However, the FSA were keen to point out that there can be many factors relating to a child’s hyperactivity levels which are not necessarily associated with diet such as genetic factors, environmental considerations, general upbringing and whether a child was born premature or not. It also emphasised the fact that these additives have all been passed and certified as safe in the past but they just wanted to make the point that safety guidelines which were published 20 years ago should be reviewed again in the wake of these findings and, therefore, the European Food Safety Authority (EFSA) was asked by the EC to re-evaluate all additives which are used in food and drink production which they have done.

Is There A Ban On These Additives Then?

No. At least there is no legislation in place at present which means that the aforementioned additives cannot be used in food and drink production. Basically, the recommendations that have been reached as a result of the research means that the FSA is recommending to UK ministers that industry, as a whole, takes appropriate action to cease using these additives in their production chain by 2009 and will be pressing for the EU to take similar action. As a result, manufacturers are likely to go along with the recommendations and, in fact, many of the larger manufacturers had already taken the independent decision to abandon the use of artificial colourants some time ago.

Following its review, the EFSA has, as yet, to take a new official stance on food additives although it is expected that it will do so by the end of 2008. At that point, it will then be up to the EC to make new regulations if they choose to place an outright ban on any use of the additives cited in the research. It is, however, expected that many manufacturers will voluntarily cease using them in their production over the next few months until a further announcement is made.