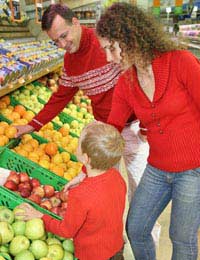 Not all E numbers are bad for you or harmful – many are from completely natural sources and are innocuous. But some E numbers are known to have side effects and have a negative effect when eaten or drunk. Here we look at which E numbers are best avoided by certain groups of people.

If you already suffer from asthma or any other form of breathing problem there are some E numbers that could aggravate the condition. So it may be best to avoid consuming:

E132 – indigo carmine. This colouring has been linked to increased skin sensitivity. It’s used in products such as sweets, biscuits, ice cream and baked products.

E213 – calcium benzoate. This preservative is linked to allergic reactions, particularly in people who already suffer from asthma.

E220 – sulphur dioxide. This preservative is found in cordials, wine, soft drinks, dried fruit and vinegar and has been associated with provoking asthma attacks.

Some E numbers may cause gastric irritation or upset. E numbers to avoid if you’re sensitive in this department include:

Some of the E numbers that the UK government have suggested children should avoid, particularly if they’ve shown any signs of suffering from hyperactivity, are as follows.

Where are E Numbers Found?
Share Your Story, Join the Discussion or Seek Advice..
Please advise which E-Numbers are suitable for vegetarians and which are not because they are animal derived. Thank you.
Nals - 11-Feb-19 @ 11:05 AM
Are We Really Save On This Planet Earth? If All Dis Are In System Without Knowing It, Then What Is Happening?
The Young - 19-Nov-16 @ 1:41 PM
Title:
(never shown)
Firstname:
(never shown)
Surname:
(never shown)
Email:
(never shown)
Nickname:
(shown)
Comment:
Validate: