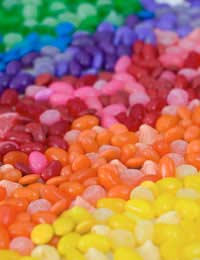 As it's highly likely that you'll have consumed a food product with an Enumber listed on the label at some point, you may have asked:

The Enumber that you see on food labels is a number assigned to food additives which have been checked and listed (mostly as safe to use) in the European Union. The numbers refer to:

Are All ENumbers Bad for Me?

No, not all Enumbers are bad. The letter E (for Europe) together with its number, simply means it's been tested by the powers-that-be in the EU and gives it an easily identifiable code to make it easy to look up. Natural substances like vitamin C (E300), paprika (E160c) and even oxygen (E948) each have an eNumber assigned to them, along with many other naturally occuring substances.

All added preservatives have been tested (and therefore have Enumbers) and most are safe in small amounts (within ascribed recommended daily intake limits) and - rather than being 'bad' chemicals - have actually helped to remove the threat of serious food poisoning such as that caused by botulism.

Many people are concerned about the long-term effects of consuming certain 'Enumbers' and especially the effect they could have on children. 'Enumbers' do go through lengthy testing processes before being unleashed on the public, but some have proven links to negative side effects on certain consumer groups. Often though it’s because a person is particularly sensitive to an ingredient or element within that chemical, or because it exacerbates an existing condition they have.

Since this article was first written...

Choosing the top Enumbers worth avoiding is a bit tricky, as there are lots that it would be ideal to avoid if you’re concerned about your health. When this article was first written back in 2008 it included the following: These colours have suspected links to hyperactivity in children and while they are still permitted under EU legislation, the FSA (Food Standards Agency) recommends that UK manufacturers no longer include them in their food products. Food and drink supplied to the EU which contain these additives, must include the following information:

" Name or E number of the colour(s)’: may have an adverse effect on activity and attention in children."

If you spot any food items (especially those aimed at children), which contain any of the above E numbers and do not show the warning, contact the Food Standards Agency.

The following are still ones you may prefer to avoid:

Otherwise known as MSG, Monosodium Glutamate, E621 is a flavour enhancer that’s commonly used to pep up food products and make them taste better. Unfortunately, it is known to cause problems for some people – and certain people seem to more sensitive to its effects than others. Amongst the known side effects, MSG can cause symptoms such as headaches, nausea, dizziness, muscle pain, palpitations and even pain.

Aspartame, E951 is an artificial sweetener that’s commonly used as a sweetening ingredient. In particular, it’s often found in products aimed at dieters or diabetics, such as desserts, low-fat foods, low sugar drinks, snacks and sweets. It’s well known to be linked to problems in people who suffer from the condition PKU, and they are well advised to avoid it completely. But aspartame has become a concern to other people too and side effects, such as headaches, have often been reported.

E211, sodium benzoate, is an E number that’s used as a preservative and is found in products such as margarine, salad dressing, soy sauce, sweets and soft drinks. Studies have found that it’s linked to hyperactivity in children, plus it may cause reactions in people have allergic conditions or asthma.

Black PN, E151 is a form of black synthetic dye that is used as a food colouring in some products. However, concerns have been raised in other countries, as it’s been linked to allergic reactions in some people. It is already banned in Australia, Austria, America, Germany, Norway, Sweden, Switzerland, Belgium and France.

Brilliant blue, E133 is another synthetic blue colouring dye, which adds a blue colour to some products. Some people have been found to experience allergic reactions after consuming products containing E133 and this E number is already banned in Austria, Sweden, Switzerland, France, Germany and Norway.

Calcium Benzoate, E213 is a form of preservative that’s used to lengthen the shelf life of foods and drinks. It’s often found in low sugar products, but it has been linked to side effects in people who have allergic conditions.

Want to Check out the Complete List of ENumbers?

To make life easy for you, we've put together a couple of tables with comprehensive lists of ENumbers and what they are. Read the complete overview of ENumbers here.