E Numbers and the European Union 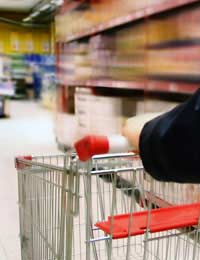 E numbers in the UK are governed by the European Union (EU). Here we look at how the EU manage control and regulate E numbers and the tests additives have to undergo.

Since the Food Labelling Regulations law began in 1984, it’s been an essential requirement that all pre-packed foods must feature a complete list of all ingredients, including all additives used. The E numbering system was developed so that each additive could be assigned its own unique number. The E in ‘E number’ stands for European and it means these numbers have been tested for safety and been granted use in the European Union (EU).

The E number prefix system makes it easier for manufacturers to list all their product ingredients on the label without it becoming an extremely long list – some additives, as you’ll see, have long chemical names! But it also makes it much easier for consumers to identify at a glance which E numbers are included in certain products. The short E numbers can be picked out more easily than a great long word and it’s easier to look up or remember a three or four digit number than a long technical name.

Before being granted an E number prefix, additives have to undergo a series of tests before they’re allowed to be used in foods and drinks. According to the EU legislation requirements, additives have conform to Good Manufacturing Practice, which means that E numbers have to perform some kind of purpose if they are to be included in ingredients. This helps prevent manufacturers from randomly adding E numbers and ensures the quality of food is maintained.

The testing process of additives varies depending on the individual additive and the complexity of it, but can last for several years. The tests examine the safety of E numbers and checks whether any adverse effects are likely to occur in the short or long term (although this unfortunately doesn’t rule out the possibility of effects ever occurring, as on occasions they only become truly apparent after inclusion in the food chain for many years).

When the results are finally received, they’re then analysed by independent experts – or experts that have nothing to do with the manufacturer. These experts help identify the Acceptable Daily Intake (ADI), or the safe level for humans to have, and decide whether or not the E numbers are safe enough to be included in foods and drinks.

Once accepted, the last thing to be done is for an additive to be assigned a unique number. The numbers currently run from 100 to 1999 and there are various categories for the different types of additive groups, such as colours, preservatives, antioxidants and acidity regulators.

It is worth noting that just because E numbers are recognised and used in the EU doesn’t necessarily mean they’ll be used in the rest of the world. In fact, E numbers commonly found within the EU are banned from use in other countries. It will be interesting to see if the EU follows suit in years to come.