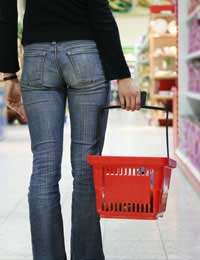 E numbers in foods and drinks is of concern to people following all sorts of diets and this includes vegans. Here we explore which E numbers can be safely consumed – or not – by vegans.

People who are vegans follow a strict vegetarian diet but also avoid any dairy products or eggs. Many vegans also avoid honey, or products containing honey, too. The issue of whether E numbers are suitable for vegans or not sadly isn’t always clear-cut. This is because some E numbers can be obtained from either plant or animal sources. An example of this is E306 (tocopherol), which can be obtained from plant fat, therefore making it suitable for vegans. But it’s also possible for it to be derived from pork fat, which would be unsuitable for vegans.

Unfortunately for consumers, manufacturers don’t always make it clear on packaging exactly where they’ve obtained some E numbers from. Some products are endorsed by organisations such as the Vegan Society, so you can be sure if is suitable for you to eat. But if you’re following a strict vegan diet and want to be 100% about a product, the best bet is to contact the manufacturer and ask for clarification. Contact details should be on the packaging of products and you could write, phone or email.

E Numbers to be Wary Of

As mentioned earlier, there are a lot of E numbers that can be derived from both animal and plant sources. The following numbers are examples of E numbers that can be vegan and non-vegan and that it’s therefore worth being wary of until you can determine their exact origin.It’s important to note that ingredients of products do change, so a processed food that you were not able to eat in the past may become suitable for you as a vegan at a later stage if the offending E number is removed or replaced. Likewise, things can change in the other direction too, with manufacturers suddenly adding different E numbers to favourite foods so they suddenly become unsuitable for your dietary requirements.

Due to potential changes in the ingredients of processed foods, it’s a good idea to keep up-to-date by studying food labels as much as possible.