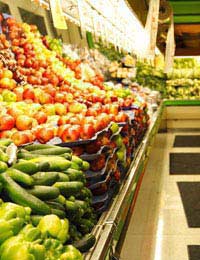 As you become more aware of health issues and food safety it’s not surprising that you may be keen to avoid consuming E numbers too. But how do you go about avoiding the E numbers when you’re buying and choosing food?

At first, the answer to this question may seem gleaming obviously. Surely it’s just a case of taking care to spot the E numbers listed on food and drink labels and choose alternative products if you spot an E number or two lurking in the ingredients? Whilst that certainly is a good starting point, it’s sadly not always so clear cut or simple to do. This is because sometimes food producers put the full name of an ingredient on the list, rather than the shortened E number, so it’s not always instantly easy to spot which ingredient is which.

By law, food additives have to be mentioned on food and drink labels, so the good news is that if you want to avoid them, details will be listed somewhere. But spotting the pesky numbers when they’re listed under their full names isn’t always so easy. Here are some of the E numbers that have been highlighted as potential causes for concern and that some people therefore like to avoid, along with details of their proper names.

E951 – this is otherwise known as aspartame and it’s a widely used sweetener. Some food labels do mention aspartame, but not E951, so this is one terminology that it’s worth making a note of and remembering.

E213 – also called calcium benzoate. This is a preservative that’s found in low-sugar foods and drinks and it’s best avoided by people who suffer from allergic conditions.

E621 – also called monosodium glutamate (MSG). This is a flavour enhancer that’s added to foods to pep up the taste. But some people are sensitive to MSG and have suffered side effects if consuming it.

E124 – otherwise known as ponceau 4R or cochineal red A. This is a food colouring, but is one of the colourings that’s been linked to asthma and other allergic conditions.

E220 – also called sulphur dioxide. This is a preservative that is used extensively in all sorts of foods. But adverse reactions have been recorded, particularly bronchial problems.

E102 – this is also called tartrazine. It’s a yellow food colouring and people with allergic conditions may be extra sensitive to it.

These examples highlight just some of the E numbers that are commonly avoided, but of course there may be more that you’d like to avoid. If this is the case, the best course of action is to obtain details of the proper names and keep a note of them. Perhaps write the details on a small piece of paper or card that you can keep in your purse/wallet and check when you’re out shopping.

The simplest way of ensuring you, your family or your child avoid E numbers completely is to avoid purchasing and eating all processed, packaged and refined foods. It sounds drastic, but needn’t be so. If you include plenty of fresh fruits and vegetables in your diet, reduce fat and sugar consumption, choose quality meats and fish, eat pulses and beans and consume whole foods rather than refined foods, you’ll not only be avoiding E numbers but you’ll also be giving your health and diet as a whole a fantastic boost!

It is worth keeping in mind that tinned and canned foods generally don’t have E numbers in them, as the canning process helps preserve food, so it doesn’t need lots of other things added to it.

Although lots of food products today are packed with E numbers, it’s not an impossible task to avoid them. The bottom line is: get to grips with the facts and get checking those labels!